We have a Seeker-Driven Father.

Jesus clearly stated such in his discourse with the Samaritan woman found in John 4:

But the hour is coming, and is now here, when the true worshipers will worship the Father in spirit and truth, for the Father is seeking such people to worship him.”     (John 4:23)

This is nothing odd, for we see the Father’s seeking from Genesis through Revelation. It starts in the Garden of Eden after his first couple sins and hides from his presence. But mercifully he determines not to give them what they deserve. Quickly, God plays the role of the hunting redeemer. God searches out his wayward couple and blesses them with Gospel affection.

We have a Seeker-Driven Son.

This truth is seen in the proclamation made by Jesus in the house of Zacchaeus:

He entered Jericho and was passing through. And behold, there was a man named Zacchaeus. He was a chief tax collector and was rich. And he was seeking to see who Jesus was, but on account of the crowd he could not, because he was small in stature. So he ran on ahead and climbed up into a sycamore tree to see him, for he was about to pass that way. And when Jesus came to the place, he looked up and said to him, “Zacchaeus, hurry and come down, for I must stay at your house today.” So he hurried and came down and received him joyfully. And when they saw it, they all grumbled, “He has gone in to be the guest of a man who is a sinner.” And Zacchaeus stood and said to the Lord, “Behold, Lord, the half of my goods I give to the poor. And if I have defrauded anyone of anything, I restore it fourfold.” And Jesus said to him, “Today salvation has come to this house, since he also is a son of Abraham. For the Son of Man came to seek and to save the lost.”     (Luke 19:1-10)

We have a Seeker-Driven Spirit.

The Father showed compassion upon rebels by his withholding justice, showering his rebels with common grace, and sending forth his Son.

The Son showed compassion by living a perfect life, dying a criminal’s death, satisfying God’s justice, and supplying all he righteousness any saint would ever need. He then continued to show love by sending forth his disciples to preach the Gospel. His desire was to have the Good News preached to all the nations.

But how did men respond? All people gave God a willful and reckless stiff-arm. They proved to be dull in the head, blind in the eyes, deaf in the ears, and hard of heart. They were dead in their sins.

However, God would not leave men be. Together, the Seeking Father and the Seeking Son sent forth the Seeking Spirit. Sovereignly, powerfully, tenderly, and easily the Spirit used the Word and his church to breathe life into dead men’s chests. The Spirit sought out the friends of Christ, he did his work, and men became eager to repent and believe

Oh friends, aren’t you glad God has chosen to glorify himself by seeking you out? We were rebellious, dead, and not looking, but he found us out. We were lost but now we are found. Take a moment and give him praise!

We are to be a Seeker-Driven Church.

God is glorifying himself by seeking out his “chosen people” from Mesopotamia, Israel, Egypt, Jericho, Nineveh, Babylon, Ethiopia, Greece, Rome, and the uttermost parts of the earth. Jesus commissions prophets, apostles, evangelists, preachers, and teachers. He recruits and sends out his friends as priests, ambassadors, saints, servants, and missionaries. Fishers of men we are called to be; workers in his harvest is another imagery he uses. All of us are to be engaged in evangelism — the making of disciples, because God still has lost sinners whom he seeks.

Therefore, let us be reminded and encourage to worship well in the sanctuary and in the streets. May we be a God-Focused Seeker-Driven community. May evangelism happen in our worship services, and may worship be expressed as we evangelize. May we not for a moment pretend to be regulated worshipers with little regard for the lost. Friends, we have a great Savior who calls worshipers to evangelize that there might be more worshipers evangelizing more … and on and on it goes. 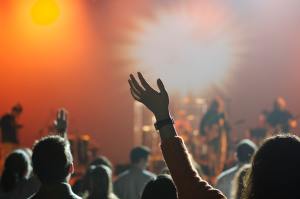 We have a great commission, and today, in this Coronavirus Land, we have a great opportunity to seek out the lost and introduce them to the Great Physician. Yes, we get to be like the Father, the Son, and the Spirit. So let us read, think, pray, and be driven from within to see more men and women brought into the Kingdom of Light. Then, let’s actually do something towards this end.

God believes in the Seeker-Driven church. Do we?

One thought on “I Believe in the Seeker Driven Church”

This site uses Akismet to reduce spam. Learn how your comment data is processed.

Everybody Needs a Hero - Unfathomable Grace